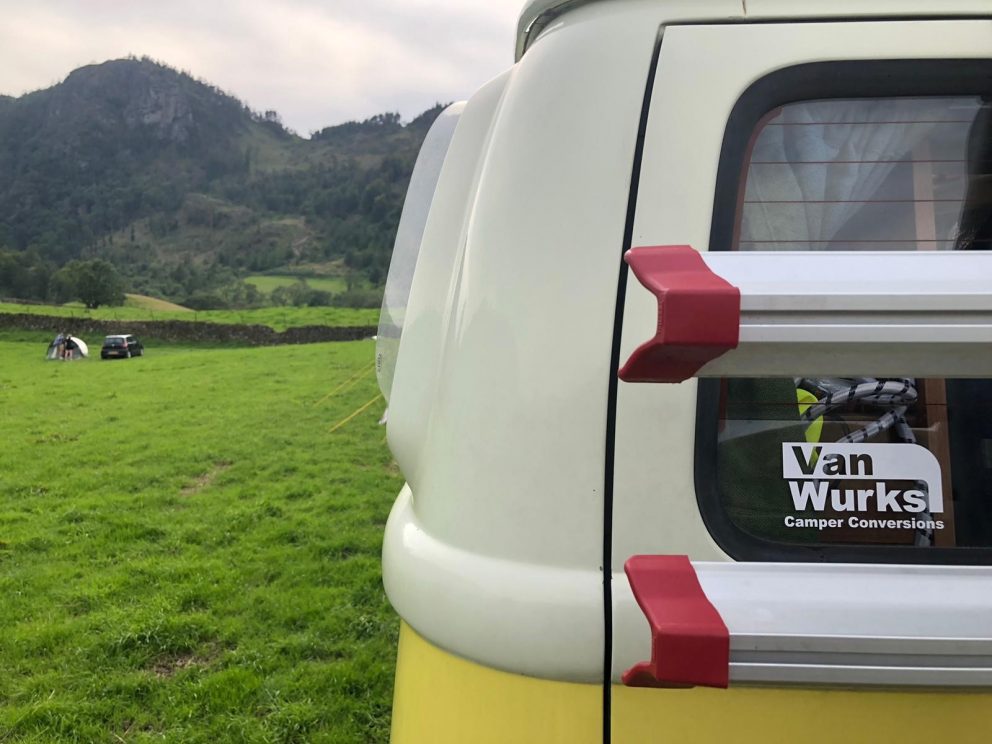 Pete Marshall is a musician and spends most of his time doing session work, recording and touring, but air-cooled VWs have always been a hobby. He says: “I started at 17 with a Beetle and as a kid I was obsessed with Herbie. My 70 year old neighbours had one that they’d bought new and used as their everyday car, and it really fascinated me.

“Another neighbour’s brother bought a ’60s Bug that disappeared one day. I asked what happened to it and discovered it had failed its MoT so had been laid up. I bought it, restored it, but couldn’t afford to keep it so sold it, only to buy it back later.

“I’d just finished a band rehearsal and popped into a shop to pick up a few bits and grabbed a copy of Auto Trader (as you did back in then). There was a tiny, grainy photo in one of the ads and I thought, “That’s my car” so I phoned the number in the ad and told the seller that I didn’t have the money to buy it, but really wanted to come and take a look. He said that was fine and when I turned up it was a big house with matching his and her BMWs. Turns out that he’d bought it from the (at the time) big local VW dealer I’d sold it to. He’d ripped us both off over the same car, him when he was buying it and me when he was selling it on commission. Basically he didn’t pay me the last half of what he was supposed to and that was big money to me at the time.

“The Beetle needed constant tinkering, which wasn’t for him, so that’s why he was selling. He knew I didn’t have the money to buy it, but said: “The car’s yours. Get a job and just pay me back when you can. You’ve already bored me to tears about the car and as soon as I saw your face I knew it had to go back to you.” Can you imagine anyone doing that now, and with any other make of car?
“I gave him a grand as a deposit and the rest was interest free finance! I kept that car for another ten years but had to sell it again as I was away on tour so much. I didn’t have a garage of my own so rented one from the council.

“Coming home after ten weeks away I discovered the garage door had been vandalised. It was smashed in but luckily the car was untouched. I got the council to replace the door but it happened again. A friend had been harassing me for ages about selling the car to him so I decided it was best to let him buy it.

In recent years Pete’s aircooled obsession took him down the Porsche slippery slope with this lovely 912 (albeit for the ‘non-fault’ front end bump). Having had a taste of life with a Porsche, Pete decided to sell his 912 and purchase his current Beetle – a beautiful original 1967.

And then came a camper!
“Years later, my friend Andy had restored a Bay but was selling it unfinished, as he really wanted a Split. It didn’t have an interior but when he asked if I was interested I forwarded the picture to my wife Lucy, with a smiley face and said: “Just bought this, where do you want to camp?” Obviously I hadn’t bought it, but it started us looking for the right Bus.
“Two years previously, we’d hired a modern Westy for our honeymoon and toured California. Lucy is more outdoorsy than me and I hate tents, so we decided a Camper would be perfect with the kids, so I started looking for one with a pop-top and interior.

“We found this one just outside of Bournemouth, which is where we’d dropped the kids off at their grandparents to look after whilst we headed to a festival. It was a super solid US import that hadn’t been looked after since it had been done. I wasn’t sold on it as it isn’t painted the original colour and I’m a stickler about things like that. The nerd part of me also wanted a Camper with an original interior, but it was fitted with a Vanwurks interior …

“Lucy pointed out that she wanted the old looks of a Bus but with modern functionality, so this was the perfect mix. And, that I’d always be worrying about the kids destroying an old interior. She also said that if we bought it we could sleep in it at the festival that weekend rather than a tent, so we bought it on the spot.

“It didn’t really work out as we ended up being recovered home by the AA.

“The previous owner had basically just used and abused it for the last 6 years and not looked after it in anyway. The 1600 engine it was fitted with was gutless and leaking oil, the brakes were seized and they’d broken lots of little bits and bobs on the interior.

“I really bought it on a whim, but since then, the Bus has been called Marigold and the whole family loves it. It’s stupid as it’s just metal and plastic really, a tent on wheels, but it means so much to us. We go out and buy fish and chips, use it for picnics in the rain, put the pop-top up and the kids use it as their Wendy house. It’s our happy space.”